Warfare takes on many forms, both on the field and on the screen. Digital warfare activities are vast- from cyber activities such as hacking or doxxing to disseminating disinformation- these weapons of war are varied, complex, and nuanced.

ActiveFence is witnessing many forms of information operations in relation to the current conflict taking place in Ukraine. Not only are threat actors waging digital warfare, but these actors are also conducting online operations to support military warfare on the ground. Difficult to detect, these activities utilize many different channels across multiple platforms.

To help Trust & Safety teams keep their platforms safe from weaponization, we share the top seven information operations that ActiveFence has detected in Eastern Europe and beyond. 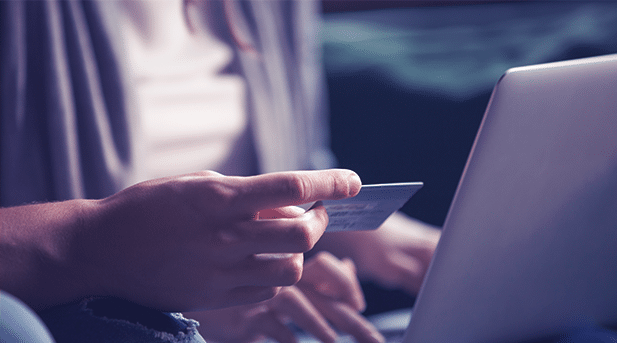 Calls enlisting military personnel are a frequent activity seen across multiple platforms. Combat soldiers, volunteers, and cyber experts are recruited to join in Russia’s efforts online or on the battlefield. Pro-Russian online groups are recruiting for specific units in the Russian army itself, as well as a private, Kremlin-backed military company that is linked to terrorist organizations. Calls for cyber experts skilled in hacking, pen-testing, spamming, and other cyber activities are recurring on platforms ranging from social media platforms to payment messaging platforms. Much of this online recruitment activity links to far-right units and organizations backed by pro-Kremlin online communities. Some Russian disinformation entities have also organized into a coalition to promote Russia’s image and spread disinformation and to that effect, have also publicized calls for volunteers with relevant film, social media, and other skillsets. Ukrainian actors are actively recruiting online as well. However, these are generally viewed as legitimate.

Funding messaging for the Russian military is surfacing across platforms. These operations provide methods of donation for military purposes, including credit cards, cryptocurrencies, and wire transfers, while providing bank account details. Known disinformation actors have been active in these efforts. At the same time, scammers are taking advantage of the situation by claiming to fund humanitarian efforts and armies on both sides of the conflict. Additionally, some threat actors have utilized platform ads to advertise their websites and organizations, seeking to funnel money through platforms’ payment abilities.

Doxxing, or publicizing identifiable information about an individual or organization, is currently being detected across multiple online channels. By sharing this private information, threat actors encourage harassment and even physical violence against Ukrainian soldiers, journalists, activists, and cybersecurity personnel. Data leaks contain specific names, social media accounts, home addresses, and more. Doxxing places many individuals – even those far removed from the battlefield – in grave danger.

Extremist organizations often take advantage of moments of national grief, hijacking current events to promote their own agenda. Numerous far-right Ukrainian actors have taken advantage of the current crisis, joining Ukraine’s fight against Russia while infiltrating the legitimate efforts to promote their extremist political agendas online. Parallel to this, extremist neo-Nazi and white supremacists around the world have been pushing their agendas under the guise of supporting the Ukrainian cause.

As Trust & Safety teams are well aware, Russian state actors have been pushing propaganda to justify the invasion and weaken morale amongst Ukrainians. False claims of Ukrainian military losses, terrorist activities of the Ukrainian army, and narratives supporting Putin’s “denazification” of Ukraine are transmitted across the internet. Propaganda, a tactic that dates back to the 19th century, disseminates dangerously efficiently and must be swiftly removed to reduce harmful exposure. Propaganda negatively impacts on-platform discourse, poisoning healthy and positive interactions between online users.

During times of war, threat actors increase their activities and become increasingly sophisticated. As we’ve seen, unaffiliated entities use different channels and mediums and employ new tactics to avoid detection, wreaking havoc online, and causing real-world harm. Mainstream platforms of all sizes are being weaponized by a growing number of threat actors, forcing Trust & Safety teams to take action.

To effectively contain the threat of information and psychological warfare, online platforms cannot simply rely on the knowledge of state-affiliated entities and disinformation actors. They must understand the multiple actors, mechanisms, narratives, and tactics used to carry out these operations. Proactively monitoring coordinated campaigns and identifying emerging players and trends as they arise enables technology companies to ensure that their platforms are not weaponized in the current conflict or other geopolitical events.